Well, That's One Way to Deplete Your Political Capital 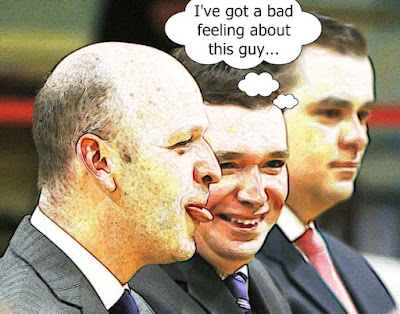 When assessing the criticisms made of former Conservative Senator and former Conservative Parliamentary candidate Michael Fortier's suggestion that a fixed-date sovereignty referendum be held every 15 years in Quebec, the only real question is whether or not they go far enough.

Fortier recently suggested that a sovereignty referendum should be held every 15 years.

"I've been in politics for a very long time. This is probably the silliest idea I've ever heard in my life," Mulcair said. "It is supreme idiocy to propose a referendum with a fixed periodicity like that. It would destabilize."

To call Fortier's idea silly is a severe understatement. In fact, it may be one of the worst ideas proposed in the history of the Quebec sovereignty debate.

Fortier seemed to argue that, at least in the short term, fixed-date referendums would help define what Quebec's political debate is really about.

"If you take sovereignty out of the equation, they agree on 95 per cent of the topics, so what are we doing?" Fortier explained. "Let's just get them together, and you and I and everyone around here will benefit from their wisdom and the fact that they are all working on the same team, because they are all left-of-centre."

"As a federalist, I prefer that we never have another referendum," Fortier concluded. "But I'm a realist."

Of course what Fortier likely doesn't appreciate is that permanent, ongoing fixed-date referendums would place Quebec sovereignty permanently on the agenda in Quebec. It sends the message that Quebec sovereignty is inevitable, and that all that matters is which referendum finally delivers a "oui" vote.

It precludes the idea of Quebec separatism, as an issue, ever being laid to rest. It isn't merely a silly idea, it's lunacy.

"With ideas like that, everyone can understand why [Michael Fortier] was never elected in Quebec or elsewhere," Mulcair concluded.

And he's right. Conservatives and Canadians alike should be thankful that Michael Fortier was defeated in the 2008 election, and should be hoping against hope that he never decides to run again.