And Now, Finally, Some Answers 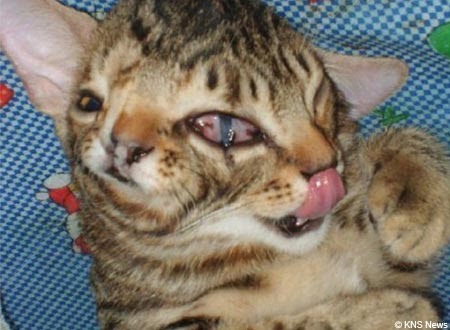 Some Nexus readers may recall a pair of "bring it" challenges issued by Unrepentant Old Hippie JJ.

Readers may also remember that, despite at least on one occasion agreeing to answer the questions posed to her as a response to her "bring it" challenge, JJ has yet to respond.

That is, at least, until now.

Responding to one of the questions asked -- the question over whether or not doctors in Canada should have their right to perform an abortion they judge to be unethical protected -- JJ has finally seen fit to answer:

"And I've answered it on multiple occasions, Patrick, but once more for the road: doctors are not *forced* to do any procedure they don't want to. In one of several previous answers (At what point here did JJ forget that she refused to answer the question on one occasion, and just plain didn't on another? -ed) to this same question from you, I cited the example of my own pro-life GP, who rather than specialize in gynecology (because it would involve doing abortions) chose to specialize in pediatrics. That's the path most doctors would choose.

That may not be the answer you want, but it's not going to change no matter how many times you ask me the same question."

Except that, as it turns out, JJ herself isn't really in favour of things staying this way.

Take, for example, the following comment from known anti-semite Robert McClelland over at JJ's own blog:

"We should have the debate but it shouldn’t be the debate the fetus fetishists want. The debate we should be having is whether or not to enshrine women’s reproductive rights in the Charter of Rights and Freedoms."

To be fair, this wasn't really JJ's idea. But then again:

"Robert - Right on! That’s one debate I hope we can have very soon, with the outcome of having reproductive rights protected in a way that’s untouchable."

The problem with this, of course, is that entrenching abortion "rights" in the Charter of Rights and Freedoms would actually enable women to litigate against doctors who refuse to perform abortions.

As the pro-abortion lobby will insist at length, Dr Henry Morgentaler himself had admirable ethical reservations about late-term abortions, and refused to perform them.

Yet if Robert McClelland had his way, women would have an unquestionable right to abortions -- likely under any circumstances. Thus, doctors such as Henry Morgentaler could actually face legal action in civil court or before a human rights commission.

In other words, JJ is opposed to legislation protecting a doctor's right to choose to refuse to perform an abortion they deem to be unethical. Even as she is doing this, she's advocating for a course of action that would erase a physician's right to choose. If this had been done prior to Dr Morgentaler's retirement, Morgentaler himself would almost certainly be subjected to legal action for refusing to perform an unethical late-term abortion.

If she and her pro-abortion cohorts were successful to this end, not only would legislative protection for doctors become necessary, but it would also be unattainable. The only way for the government to protect doctors the pro-abortion lobby would be trying to punish for their sense of ethics would be to either entrench that protection in the Charter, or invoke the notwithstanding clause.

Invoking the notwithstanding clause on any issue even remotely related to abortion is almost certainly something the pro-abortion lobby would never tolerate.

It's hard to overlook the obvious overtones of a pro-abortion hidden agenda here. The pro-abortion lobby would insist that their advocacy is merely in favour of choice. Yet while they insist that protection for a doctor's right to choose is unnecessary, they on the other hand call for a course of action that would permanently and "untouchably" deny doctors their right to choose.

It's just another example of the two-faced nature of the pro-abortion lobby: pretending to be moderate in public, then plotting their extreme agenda when they think no one's looking.
Posted by Patrick Ross at 10:16 PM