Did You Double Check That With Michael, John? Or Even With Reality?

Liberal double-talk on the budget palpable

For the past 20 years in Canada, the Liberal party has made an art form of trying to have it both ways.

Accuse the opposition Reform party of plotting to devestate health care with deep cuts while slashing billions of dollars from health care.

Now, the Liberals are adding another chapter to this sorry tale: insisting that they oppose middle class tax cuts, despite the fact that their leader previously endorsed them.

"If the permanent tax cuts were very large, we would be very concerned, partly because it would saddle future generations with a big debt and a permanent deficit," McCallum mused.

McCallum insisted that the cuts would be ineffective to stimulate the economy because people will be more likely to save the tax cut than spend it.

But here's the problem: Liberal leader Michael Ignatieff himself recently pledged his support for middle class tax cuts. As far as stimulating the economy with tax cuts goes, the bigger the cuts are, the better. A large tax cut is much more likely to be spent than a small tax cut.

Sadly, the logic of this seems to be all but lost on an opposition that, despite the reported inclusion of some things they would otherwise support in this budget -- $2 billion for social housing, $1 billion for workers and $1.5 billion for job retraining -- has committed themselves to rejecting the budget sight unseen.

"If [the budget] doesn't cut it, our leader has made it perfectly clear that we vote against it -- and he is prepared to lead," McCallum crowed.

And all Michael Ignatieff needs to do is double-back on his own position and lie to the Canadian people in order to do it. 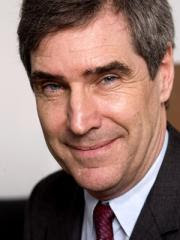 It's hard to excuse the base dishonesty of the Liberal position on matters economic these days. The Liberal party knows full well that Canada would be budgeting a deficit in the coming year regardless of who was in power. Despite this they accuse the Conservative party of blowing a surplus that they themselves planned to blow anyway -- again, a fact masterfully exposed by McParland.

Michael Ignatieff has previously insisted that he isn't trying to take a shortcut back to power.

Unfortunately, the truth is very different. He and his finance critic are trying to follow a road back to power that is all but paved with little white lies.
Posted by Patrick Ross at 9:56 PM