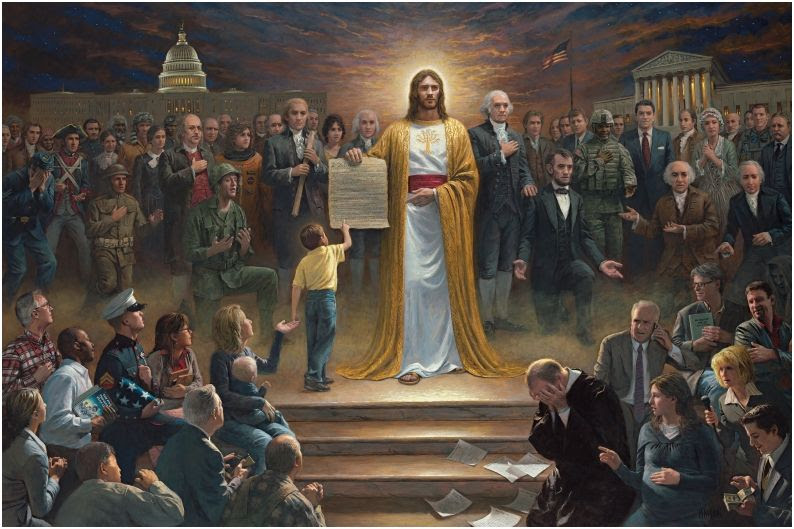 More from the "philosophical left" on the "death of conservative intellectualism"

Admittedly, one of the fun things about keeping an eye on the portion of the far left who so frequently and applaud the alleged death of intellectual conservatism is noting precisely how often it is that they simply lack any kind of cogent argument.

In attempting to stake out intellectualism as the sole province of the left, many of these individuals have refined a rather curious argumentative technique -- that of picking out various bits of minutiae and using them as the basis of an ad hominem attack against the whole of American conservatism.

Audrey, the proprietor of Enormous Thriving Plants, has proven to be an amusing case study in this argumentative technique (one employed not by the entire left, but rather by the extreme portion of the political left who subsist nearly entirely on promoting hatred and contempt of their ideological opponents -- the hateful left identified here so long ago).

Audrey insists that she has "no idea where this fits into the conservative game of denunciation", but notes that "the mouse-over text associated with of 'Professor', 'Immigrant', 'Mr Hollywood', 'Liberal News Reporter', and even 'Thomas Payne' are absolutely priceless."

Naughton has done viewers of his painting the service (or, some would argue, disservice, as art is often best left up to the interpretation of the viewer) of sharing the intended symbolism of each figure to appear in his painting.

It's clear that McNaughton has little use for the Professor, the Liberal News Reporter of Mr Hollywood.

McNaughton accuses the Professor of being contemptuous of viewpoints other than his own, and freely admits that this figure is a stand-in for the so-called "educational elite", and accuses him of believing that his intelligence makes him equal to God.

The Liberal News Reporter is accused of attempting to impose her own bias upon other people through her reporting. (To be fair, many liberal jorunalists have been earning this more recently.)

Mr Hollywood appears to be an extremely sleazy individual -- and its interesting to note that Satan himself stands over his left shoulder. McNaughton describes Mr Hollywood as particularly contemptuous of the Supreme Court Judge and the Pregnant Woman (the latter of whom, although she stands among a group that McNaughton seems to imply is under the influence of Satan, stands out as a message of hope), and is once more responsible for spreading a "liberal bias".

There's a good deal in McNaughton's painting that virtually anyone could disagree with, and that's actually a great strength in it: it provokes debate among those who are willing.

Audrey's specific objection to the treatment of the Immigrant and Thomas Payne are a little less defensible.

In regards to the Immigrant, McNaughton notes that "there are many good people in America, they are not all Christian." McNaughton seems to suggest that he believes that many newcomers to the United States wouldn't recognize it as a Christian country, and would be surprised to find religious freedom in a country founded on many of the principles of Christianity.

Writing about Thomas Payne, McNaughton states that Payne's role in winning the Revolutionary War was "indisputable", and notes that it's less important that Payne was an atheist, and more important that he was simply a good man.

One wonders what Audrey's objection would be to the revelation that there is, indeed, a place for everyone within McNaughton's theology.

But Audrey seems to miss all of this.

In the evident absence of anything better to say, she simply proclaims: "The good news is that Jesus is back, and he's armed with the the US Constitution! Take that, you heathen!"

There's great irony in this statement, one which only goes to demonstrates what becomes more and more obvious the longer Audrey blogs: the ideologically-imposed limits of her understandings of virtually any subject, particularly the multi-faceted relationship between religion and politics.